This work was highlighted in this press release. I like their analogy describing the results:

Previously, researchers thought that lithium iron phosphate was a one-dimensional conductor, meaning lithium ions are only able to travel in one direction through the bulk of the material, like salmon swimming upstream. But while sifting through their data, the researchers noticed that lithium was moving in a completely different direction on the surface of the material than one would expect based on previous models. It was as if someone had tossed a leaf onto the surface of the stream and discovered that the water was flowing in a completely different direction than the swimming salmon. 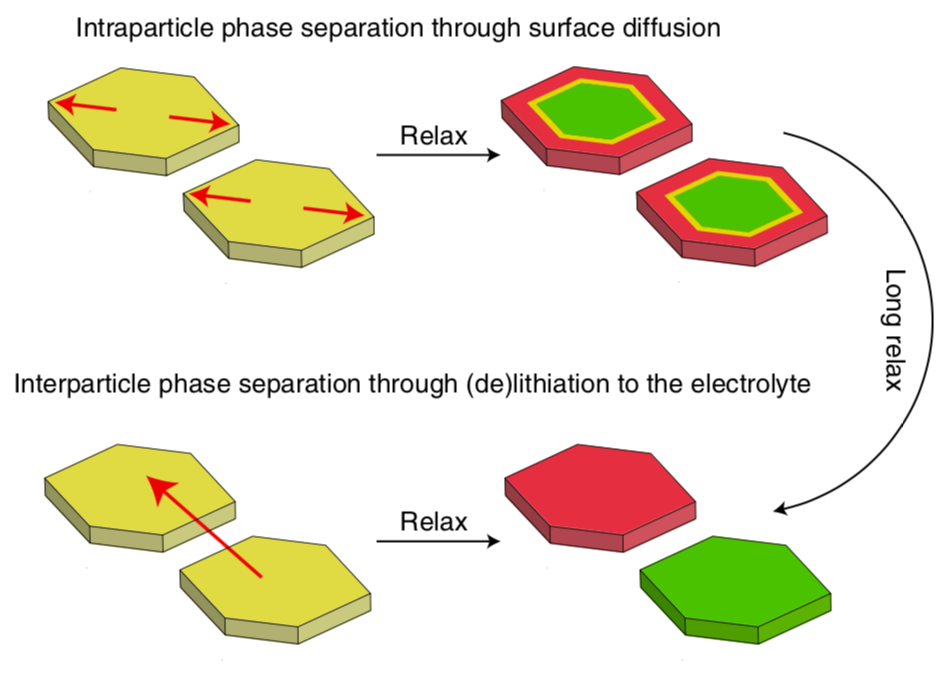